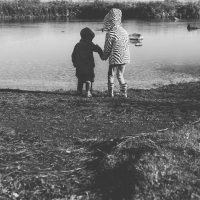 MrDupaTM Posts: 20 Just Dropped In
December 2018 edited December 2018 in MPQ Suggestions and Feedback
I hate the current PVP system, it is completely rigged towards higher ranked players once you reach certain level which is absolutely terrible for the newcomers (with me among them).

I simply don't understand why are there no caps from about level 65 upwards. PVP should only allow players of similar level to compete against each other. That's a normal solution in any PVP/multiplayer game. Why is D3 Go! thinking it's fair to allow players with 90% progression compete with people with 5% of the progression?

Newbies are already in a bad spot, the amount of the characters is massive at the moment and is still growing so the progression is really sluggish... then there an absolute impossibility of achieving the best placement rewards with veterans getting 2k points and sweeping all the 4* covers on level 7 which is the lowest you can go once you above certain shield rank. I understand the game's a marathon and not a 100m dash, but at least let's keep the marathon on a plain and not in Himalayas. This is supposed to be a fun and not frustrating experience, I don't understand why the d3go don't fine tune their PVP and give a helping hand to the newcomers. I haven't even rostered all 4 stars yet and the only reason I haven't quit yet is hope the changes are actually coming.