New Graveyard Display
Check out the full Guilds of Ravnica Update - New Features blog post where the team breaks down exactly how the Graveyard Display will work, updates everyone on changes to the Standard Format, and provides information on the new Split Cards mechanic.

Ravnica is full of interesting characters, and even more interesting are the Guilds that have formed around them. In this card set, we explore these Guilds and what makes them so unique...and dangerous. Not only will there be 200 brand new cards, but also new events, mechanics, and Planeswalkers added to Magic: Puzzle Quest.

Guilds of Ravnica will have 5 new card mechanics each dedicated to an individual Guild. Take a look at a brief description of each below, then check out the full details in the Guild Mechanics blog post!

To depict the contentious battle between guilds, a new event is arriving called Rising Tensions. This event will be replacing Across Ixalan, but don't worry. Across Ixalan will be slightly changed to be a new 2-day event instead. You can read about those changes further down below.

As for Rising Tensions, Oktagon's designer Matheus Funfas breaks down the event details down below. If you want to see the full event details, including objectives and node info, you can check out its Event Details page HERE.

"The friction between the guilds of Ravnica has never been more palpable. An absent Guildpact has given rise to new guild leaders with unknown agends. In this critical moment, each guild must gather information and seek possible allies."

"Everyday a special event support associated with a Guild will affect all the nodes. The Guild is represented both by the event subtitle, the background during the node selection screen, and by the special support. Also, that guild's color combination will not be present on the available nodes during that Guild's day, as its presence is represented by the rules applied to all nodes.

Every event support presents its own set of rules that are related to Mentor, Surveil, Undergrowth, Convoke, or Jump-start. These mechanics will be available to both players during the encounter.

Let's take a look at the special supports:
(Click on image to view larger version)

As you can see, each support has their corresponding Guild's flavor that brings a minor mechanic associated with that Guild. This way, just like in Across Ixalan, players can try different synergies with the cards from their own Guilds, and also play with combinations of effects from different ones. You can find out more about Guild Mechanics in our previous article: Guild Mechanics

Hope you enjoy the new event!"

With the Guilds of Ravnica set arriving in MtGPQ, comes new Planeswalkers!

Ral, Izzet Viceroy
"A talented storm mage who has risen to the highest ranks of the Izzet League. Ral Zarek is brilliant, unpredictable, and daring; everything the Izzet value most. He invented a device that can track Planeswalker arrivals and departures on Ravnica, and devoted much of his time to study the ins and outs of interplanar travels."

Check out his abilities below! 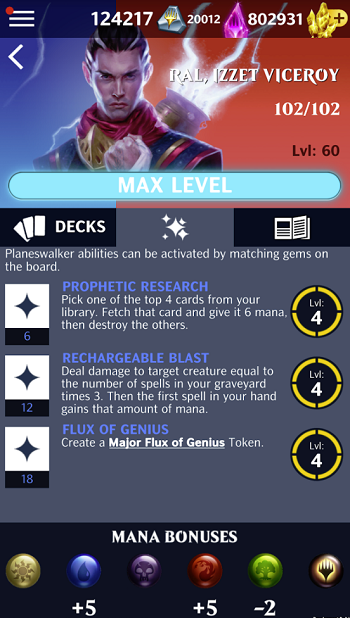 Major Flux of  Genius: [4 Shield] Support: Whenever you cast a Spell, this support deals 6 damage to any target. Then, draw 2 cards.
Vraska, Golgari Queen
"On Ixalan, Vraska encountered Jace Beleren - the Living Guildpact and a Planeswalker himself, and discovered the doom that Nicol Bolas planned to unleash on Ravnica.

Vraska asked Jace to hold on to her memories of him and of Bolas's plans, resolving to live as a sleeper agent until the moment to return her memories, so she could retaliate against Nicol Bolas in defense of her home."

Check out her abilities below! 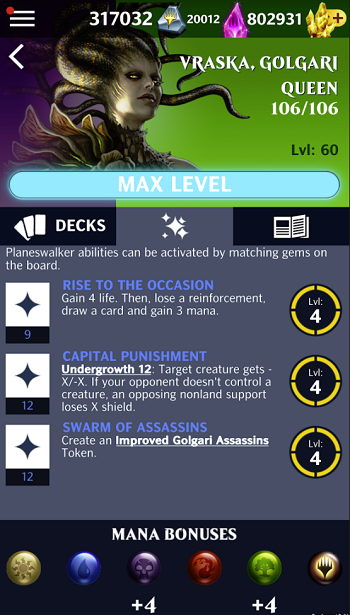 Improved Golgari Assassins: [Indestructible] Support: Can't be Destroyed or Exiled. At the end of your turn, if you control 1 or more creatures and if your opponent lost life this turn, reinforce this support and your opponent loses X life, where X is the number of reinforcements of this support.

The Standard Format is changing! Check out the full details in the Guilds of Ravnica Update - New Features blog post!

Guilds of Ravnica enters Standard Format. No card sets are rotating out in 3.0.

To celebrate the arrival of the Guilds of Ravnica card set, we will have a brand new selection of special offers available. Keep an eye out in the Vault, so you can snag them while you can! 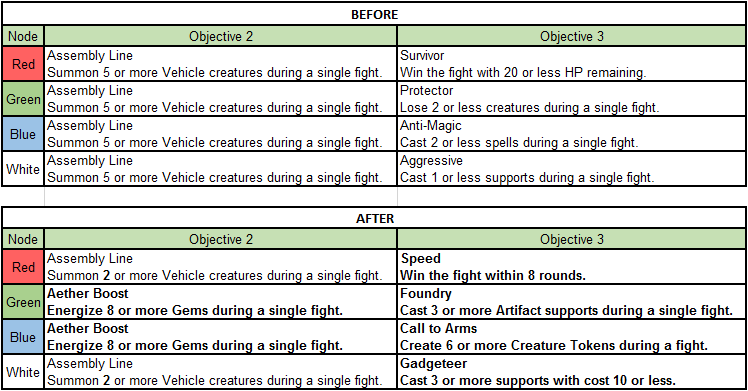