Check out the brand new 4-Star Wiccan, and find out how you can recruit him onto your team! 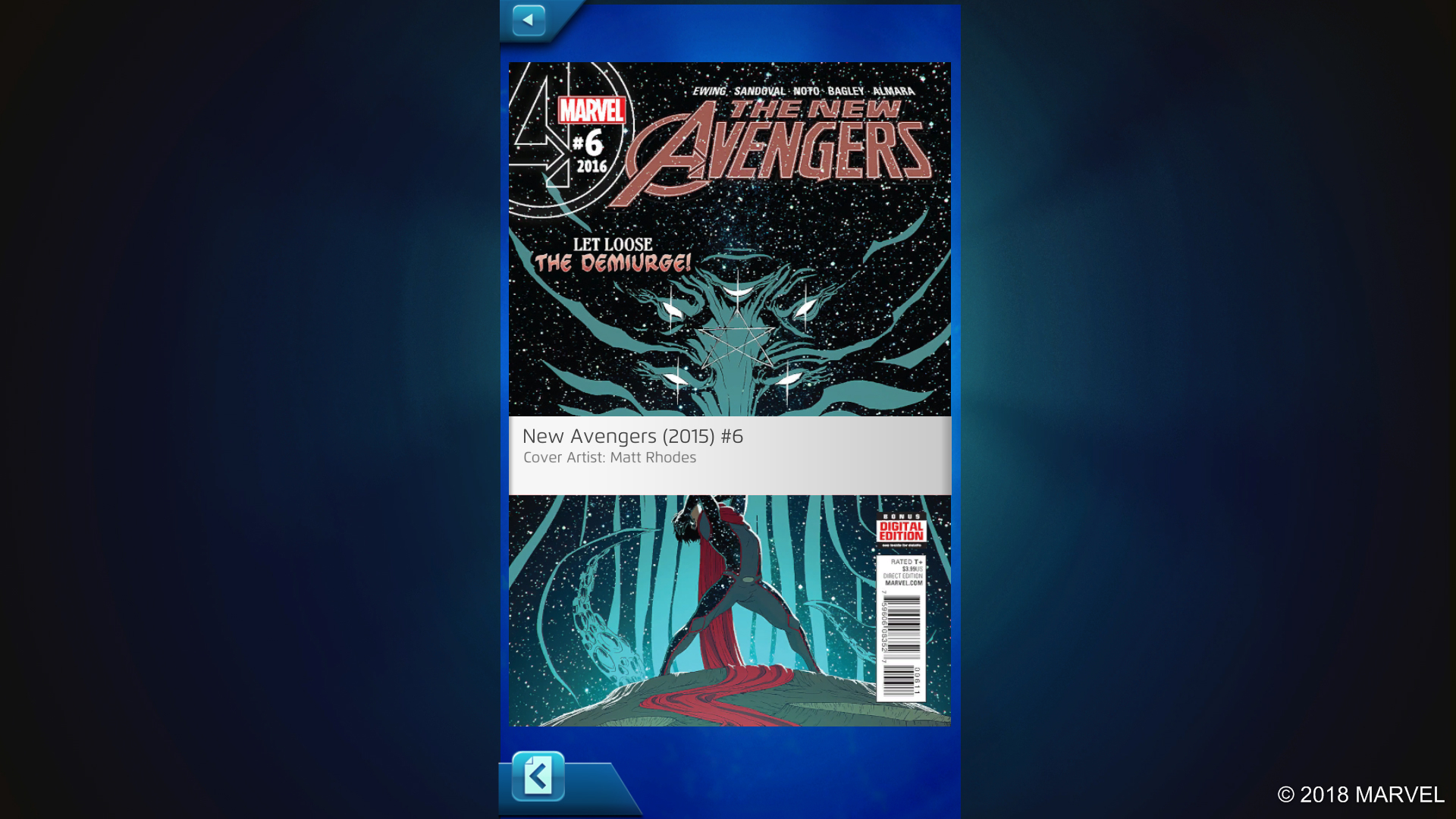 Passive
Wiccan is destined to become the Demiurge, a powerful being who will rewrite the laws of magic. At the start of the turn, if you have at least 6 AP in all colors, Wiccan transforms into the Demiurge and this power becomes Power of the Demiurge.

Power of the Demiurge -

Passive
As the Demiurge, Wiccan has the power to shape reality to his will. All matches made by Wiccan will clear their row or column, dealing damage and generating AP. Wiccan becomes the target of all enemy attacks.

AP
Wiccan conjures up a magical barrier to protect his allies. Creates 4 random 5-turn Countdown tiles that reduce damage from enemy matches and powers by %20 each. Whenever they are matched or destroyed, Wiccan restores 1605 health.

AP
Wiccan channels a high-energy bolt of electricity through his enemies. Deals 8551 damage and destroys a chosen column. If that column contains an enemy special tile, destroy a random column until one with no enemy special tiles is destroyed. Destroyed tiles deal damage but do not generate AP.

The X-Men vs Apocalypse
S.H.I.E.L.D. Training
Honor Among Thieves
Something Wiccan This Way Comes