How much orbs can I get from Premium Packs if they are all dupes? (BONUS: Hom much orbs from ToTP) 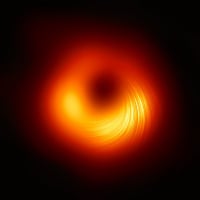 Larz70 Posts: 110 Tile Toppler
May 2018 in MtGPQ Tips & Guides
A handy guide for those who are no longer getting new cards from Premium Packs.  Basically a Premium Pack to orb conversion formula at the current rates (as-of 5/8/18).  Based on a simulation of 100,000 pulls:

RIX avg: 1,114 orbs.  Because the current orb conversion is 50% more than regular, Half of the population will be able to craft an ORI mythic after 3 Premium Packs or an XLN mythic after 5.

Pretty much confirms what we already know, RIX is the best deal, even with the mark-up. Note that the average above includes the bonus rare card.  This means that 5 regular boosters will have an average less than 100 (150 for RIX) from the numbers above.

So as span_argoman already pointed out in his "is ToTP for me?" post, ToTP is indeed worth it for Platinum players who are pulling dupes most of the time (and don't mind playing the extra hours).  But I didn't expect it to be this close.

I wonder if holding on to the XLN packs and opening it later when the rates are better would make a difference.  Makes me wonder why the XLN rates are so low in the first place, or are the others just high? ......