Would you like to see my Promote Support idea in game?

veny Posts: 834 Critical Contributor
May 2018 in MPQ Supports Discussion
Well, my idea for a poll is simple:
I summed up some Support things i that think are flawed and now i am coming with a solution how to fix them (Oh, numbers are not very important but they reflect my expectations).

Are costs too high? Well, lets go to next point.


This will fix:
- Limited access even to the weakest supports (these grey tokens contain mostly 1* and 2*, with small chance for 3* support)
- Lack of RISO as we know right now OR caused my point 1 of my idea (since we get spammed.with 1*, and 2* supports, we will get some RISO from duplicates)
- Frustration caused by the fact even the weakest supps are obtainable only for premium currency or god-like performance in season PvP.
- SCL 8 and 9 PvE will be more attractive compared to SCL 7 that still has the best time:reward ratio

This idea SHOULD not break:
- rarity of Supports (you will get dozens of them, but mostly 1*s, 2*s, and 3*s that should not be rare anyway...)
- atractivness of support purchases (since i am offering ONLY the weakest supp tokens AND only 1 per event progress and 1 per event placement, you dont have to worry about everyone having 4*s or 5*s Supports soon)
- Economy of Red ISO - Even with RISO from duplicates i dont think Red ISO economy will suffer from this change. With up to 10 Beginner tokens per week (maximum available from PvE, PvP and DDQ, which all takes plenty of time to complete), it would be 120 000 RISO per week AT MOST. Numbers are for 10 dropped duplicates of 3* Supports, but their drop rate is very low, cant find it now, but in average, i would expect like 60-80 000 RISO per week (enough to max out one 5* Support per 10 weeks, or upgrade 4* to 5* per half year). Increased amount of RISO will mostly be ballanced by the Promote option, that could sink tons of Red ISO.

I can write a book about this new system and RISO economy analysis but most of you propably skip the most of this so... vote or make a comment. Thanks if you read it all

Would you like to see my Promote Support idea in game? 9 votes 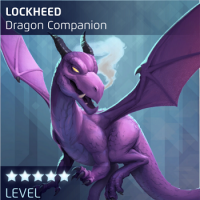