Welcome to the jungle. We’ve got...Vampires, Pirates, Merfolk, and Dinosaurs!

Ixalan has officially arrived in Magic: The Gathering - Puzzle Quest, and with it comes 3 new Planeswalkers, 2 new Events, and a total of 191 new cards!

The adventurous world of Ixalan brings new mechanics to MtGPQ, highlighting each of the Tribes and their characteristics.
Check out the full details here: Tribes and Mechanics of Ixalan

All this talk of Treasure has caused 3 new Planeswalkers to appear in Ixalan! 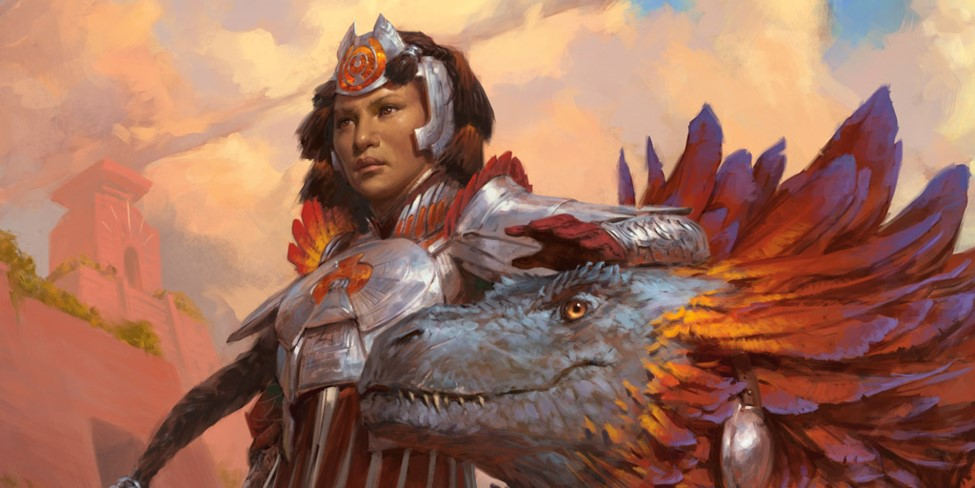 Check out the full details here: Planeswalking Into Ixalan

Time to try out your new cards and Planeswalkers! We’ve got 2 new events coming to MtGPQ, with a whole new spin on rules and modifiers.

Across Ixalan - PvP - Standard
This is a PvP event with a similar structure to the Trial of the Planes events. They will be short events that have color restrictions on each iteration. The entry fee will be significantly reduced from 60 Mana Crystals to 20 Mana Crystals. The biggest change coming with Ixalan’s events though are the effects and rules that affect each node:

Race to Orazca – Coalition PvP – Standard
Band together with your teammates to best other Coalitions in the race to reach Orazca first! Each node of this event will affect the Tribes of that node’s color.

Check out the full details here: Adventures in Ixalan

To celebrate the arrival of Ixalan, we will have a brand new selection of special offers available - including Planeswalker and Tribal themed bundles. Keep an eye out in the Vault, so you can snag them while you can!