"Abandoned as a child and adopted by a German circus, Kurt Wagner became a high-flying acrobat known as the incredible Nightcrawler! When Professor X assembled a team to rescue the missing original X-Men, Nightcrawler answered the call, finding a new family and becoming a hero." 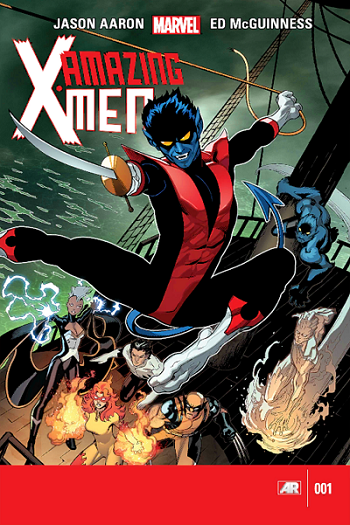 AP
With a puff of smoke and brimstone, Nightcrawler teleports away from danger and into position to strike. Converts up to 4 basic tiles to the color most present on the board. (PASSIVE) If the enemy would deal team damage to Nightcrawler, make him Airborne for 1 turn instead.
En Garde! - 9

AP
Nightcrawler swings dual sabers with a smile on his face, swashbuckling with superhuman agility. Deals 1461 damage. If you have 12 or more AP in your strongest color, deals 2778 damage instead.
Everywhere At Once - 12

AP
Leaping in and out of the shadows, Nightcrawler uses his enemy's confusion to disarm and disorient. Deals 271 damage for each point of AP in the Enemy's strongest color and steals 2 of that AP.
What do you think is Nightcrawler's best build? Vote down below!