For the release of Nightcrawler we will be introducing two new Power Boosts to the game: X-Men Damage and Nightcrawler Damage. These boosts will increase the match and power damage dealt by X-Men and Nightcrawler by 20% (can be stacked up to 5 times each). For a limited time, you can earn these in events or purchase them with Hero Points!

How to Get Them


How Does It Work? 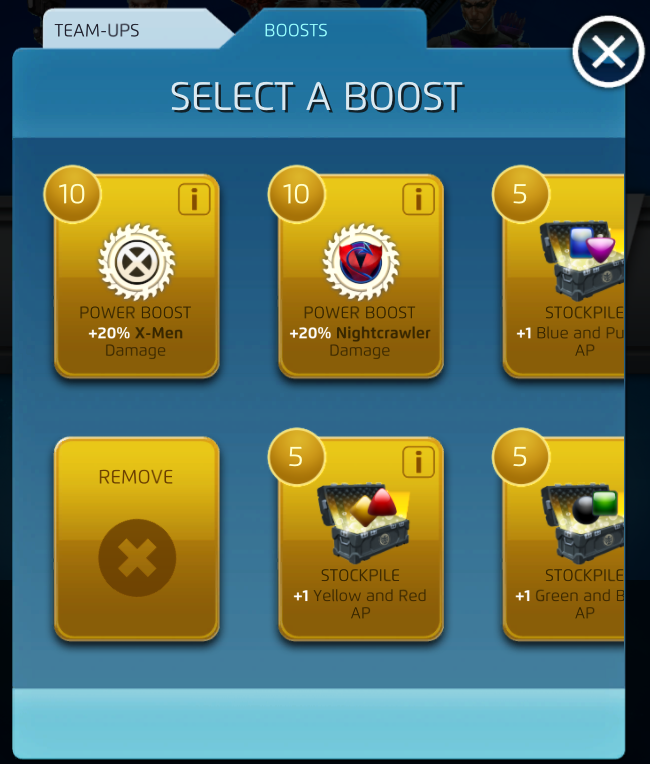