Here is a list of changes that will be coming to the game this Thursday (6/29):

Sandman (Flint Marko) will be added to packs and Gwenpool (Gwen Poole) will be leaving packs. Two characters from the Spider-Man universe will be receiving a character update this season. A preview of the changes can be seen below:

When the Going's Tough - 12 Yellow 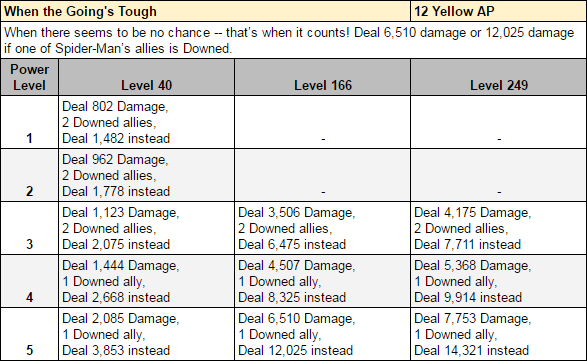 There are no functional changes. Power now displays the strength of the Protect tiles that are created. 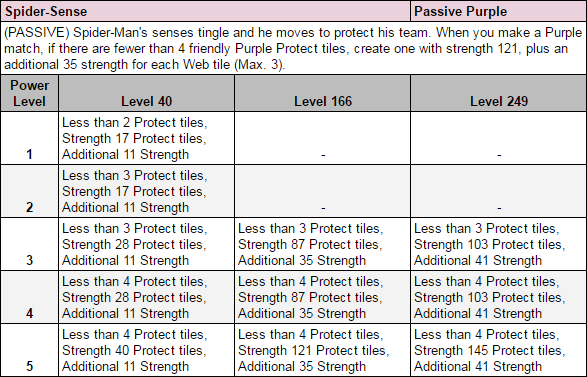 Give and Take - Black Passive

Venom is now able to reduce the strength of Enemy Protect tiles to 1. Matches made by Venom deal up to 75% more damage but Enemy Red and Blue (and Purple at Power levels one through three) matches deal increased damage to Venom. 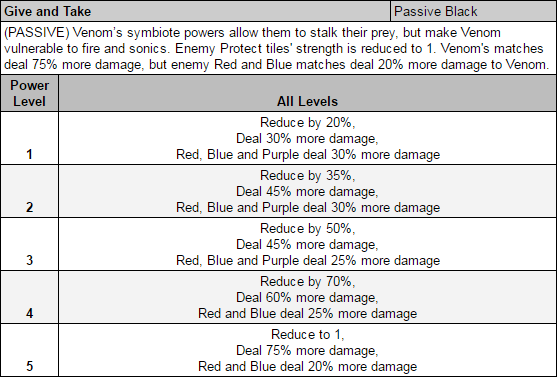 Deals damage plus additional damage for each Enemy Protect tile. The power now has a passive component that creates enemy Protect tiles when enough damage is dealt to an enemy. 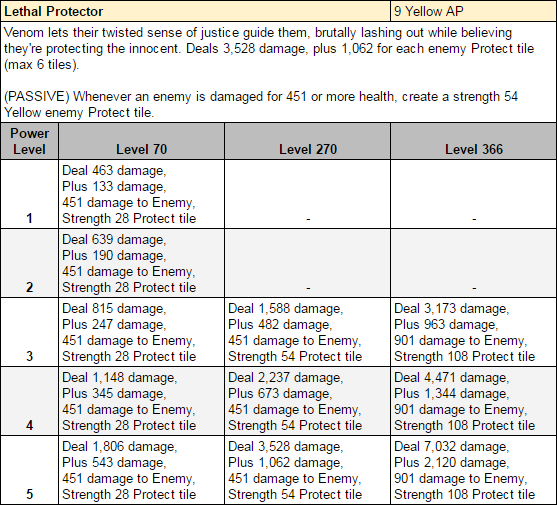