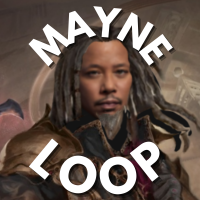 Mainloop25 Posts: 1,760 Chairperson of the Boards
May 2017 edited May 2017 in MtGPQ General Discussion
Edit: Added Masterpieces to the review.
Link to Card List: https://d3go.com/mtgpq-card-list-amonkhet/

Feel free to post your own impressions in this thread!

First Impressions - Masterpieces
Aggravated Assault - Gaining a swap is always good. Will make those "win in x turns" objectives that much easier.
Chain Lightning - Wow, this is total anti-Koth! Seems like it will work like a stronger Kozilek's Return. It's mono-red though. Would be nice in Chandra or Sarkhan decks.
Consecrated Sphinx - So good! This has the potential to get huge quickly.
Counterspell - Blue continues its reign of terror with yet another hand disruptor, and this one is easily one of the best. So so good.
Dark Ritual - Wow! This basically makes any card in your hand cost 6 mana. If you need any explaining why this is amazing, then you are brand new. Best card in the game? I think if you get this card, you basically get to play this game on easy mode.
Loyal Retainers - Very interesting card... Deploy The Graveyard.
Maelstrom Pulse - I'm not sure if "support tokens" just refer to things like clues/servos, or also means activation gems as well? Time will tell. Still, very powerful for the cost, especially with how prevalent tokens are going to be. Green gets some more badly needed love in the creature removal department.
Pact of Negation - Super-cheap colorless Insidious Will. Starfield gets another friend. I like that the drawback forces you to be a little strategic, but still a powerful card.
Vindicate - The concept of "exile" vs "destroy" is very interesting, and will be a good answer to all those creatures that can return to the board if destroyed. And at 8 mana it's definitely worth playing as a standard removal spell. Very cool.
Wrath of God - Wow, super cheap super powerful board wipe! And that it exiles everything can really wreck an opponent's day. This is gonna be a headache.

Anointed Procession - This will make Embalm an amazing mechanic if you happen to get it. Actually this makes every token generator twice as good.
Bontu The Glorified - Seems like wayyy too many drawbacks to make it worth using...
Cascading Cataracts - can potentially be powerful, but I am not a fan of those x-turn activated gems.
Combat Celebrant - Awesome. The "Lightning Runner" of the set (and will combo amazingly well with Lightning Runner and another heavy.)
Curator of Mysteries - A 6/6 for 10 is not bad on its own, but getting card draw on Cycle could be a great draw engine.
Glorious End - Seems like a pretty solid board-wipe and/or game-ender for cheap, but I bet it will combo well with Embalm mechanic.
Glorybringer - Solid overall. 8/8 flyer with haste plus opponent creature damage. A new buddy for Sarkhan.
Hazoret The Fervent - Meh. I usually like having a lot of cards in my hand, maybe with some SOI red discard cards this can be worth using.
Kefnet The Mindful - ...is it just me, or are the Gods very underwhelming?
Neheb The Worthy - Seems like an interesting unique card. Could be fun to play with, but not sure of its viability yet especially since I can't think of another Minotaur worth using.
Oracle's Vault - This can be an awesome card, depending on how many shields it has.
Rhonas The Indomitable - Seems a little more useful than a couple of the other gods but I still don't like it. Seems like the Gods are the Gearhulks of this set: Mostly underpowered for their cost.
Sandwurm Convergance - I like it. Hurts your opponent and creates a solid creature every turn.
Temmet, Vizier of Naktamun - Another solid strong creature with good extra abilities. Nice
Vizier of Many Faces - Might be my favorite creature of the set. Can see it get insanely big quickly. I really want this one.
Vizier of The Menagerie - A little pricey for the power/toughness but I like its extra abilities. Not bad, not great.

Approach of the Second Sun - Pretty solid card, I think. I am thinking it could be really nice when combo'ed with something like Behold The Beyond.
Archfiend of Ifnir - I don't know enough about how Cycling will work yet to know if this card will be good or not, but I don't think I like it.
Aven Mindcensor - It would be impossible to tell if you are hurting them or not, unless you have a way to manipulate the top cards of their library. Maybe in combination with Lost Legacy or something?
Canyon Slough, Fetid Pools Irrigated Farmlands, Scattered Groves, Sheltered Thicket - Glad that they are giving us gem changers to replace what we lose in BFZ for PvP.
Bounty of The Luxa - Decent.
Channeler Initiate - I kinda like it. Support disguised as creature. Relatively strong on casting.
Deem Worthy - Again, red burn stays underwhelming in this set too. I don't know if I'll play it, most likely not.
Drake Haven - This could be a decent poor man's "Metallurgic Summonings". I'll be happy to see how well it works with New Perspectives.
Dread Wanderer - I'd like it more if I could keep using Prized Amalgam in PvP but I'd still like to mess with it.
Gideon's Intervention - Could either be amazing or very underwhelming, depending on the amount of shields it has. An amazing new friend for Starfield of Nyx, though.
Glyph Keeper - Fantastic ability that it has on itself. Combined with one of those cards that remove disable, and you have a nice de facto-hexproof creature to absorb AI kill spells.
Hazoret's Favor - Nice, it's like a cheap Flameshadow Conjuring. I'll be using it.
Hapatra, Vizier of Poisons - Solid. I like its secondary effects. Could be very fun to combo those deathtouch snakes with Berserker. Arlinn?
Heart Piercer Manticore - I think I like it. Depending on how much I want to destroy my first creature, I guess. Might be a nice end-game creature.
Honored Hydra - It's ok, a little pricey, but I like that it has Embalm.
New Perspectives - This will be a must-have to take advantage of Cycling. It will be a solid piece when building a good AKH deck.
Plague Belcher - It's ok, decent power/cost ratio, its drawback is not awful, but its secondary ability is not amazing either. I think there is probably a good combo to take advantage of this.
Prowling Serpopard - It's a nice solid vanilla card, but I mostly want it because I love the card art

Regal Caracal - I haven't looked up how many Cats we have, but it's pretty solid as is. A 6/6 plus 4/4 lifelink for 18? Hi, Sorin! Might make a cat deck for fun with it...
Shefet Monitor - One of the best rares in the set, and I would say best rare creature... 9 green gems for 6? Yes please!
Shadow of The Grave - Might be a little too pricey, but I like the effect, I think...
Sweltering Suns - Might be worth using in a creatureless deck, actually.
Trial of Knowledge - Seems overcosted for what it does. Why is it a support? Should just be a spell.
Trial of Solidarity - Seems decent, but again, why are trials supports and not spells?
Trial of Strength - See above
Trial of Zeal - Way too expensive. The worst one.
First Impressions - Notable Commons/Uncommons:
Bontu's Monument - I like the direction these monuments are going. This can be very good in combo with Baral in Tezz2. Lots of nice synergy there
Cartouche of Ambition - Getting Lifelink as a support is awesome. Great for a common.
Cartouche of Knowledge - Hmm also nice to automatically give flying to a creature. Also very good for a common.
Cartouche of Solidarity - Fantastic, creates a chump blocker with first strike if it happens to be in the first slot. Love this one, what a great common!
Cartouche of Strength - Oh man this is gonna get abused with those Gaea's Revenge decks. Again, great in the right deck.
Cartouche of Zeal - Both really good effects. Wow. These common Cartouches are more exciting than the rare Trials!
Cast Out - Targeted perma-disable? That's awesome! Very nice.
Consuming Fervor - This card could be good in a pinch. Worth putting on a double striker, maybe. If you are able to cast a few on the same creature, it seems like a great way to grow a creature quickly.
Cradle of the Accursed - Not bad, especially for a common. Usually a card like this costs a lot more in this tier of rarity.
Dissenter's Deliverance - Cheap support destruction for green and with Cycling! This is gonna be a staple card for green decks.
Exemplar of Strength - This could be a decent creature, especially if you cast it first to avoid any penalty to your other creature.
Faith of The Devoted - Depending on how often you can cycle cards, this can be a very good support especially in Sorin, who loses a lot of strength by stripping him of SOI cards. Also looks like it will be a great combo piece with New Perspectives.
Final Reward - Cheap black removal with no drawback? Sure!
Floodwaters - Great little card to buy yourself some time if needed, and great in creatureless decks. Pretty damn good for a common.
Forsake the Worldly - Fills a nice gap for White by being a cheap support destroyer.
Hazoret's Monument - I think Sarkhan needs all the mana help he can get, and this will go some way to filling that slot for him. Might be good with a Nahiri Zoo deck?
Honed Khopesh - This set's Chitinous Cloak.
In Oketra's Name - Decent card for a common. I probably won't use it but I can see it possibly being used.
Kefnet's Monument - See Bontu's Monument.
Labyrinth Guardian - A 3/4 for 5 and Embalm 2 is solid for an uncommon. Its "drawback" is kind of an interesting way to take advantage of Embalm.
Oketra's Monument - Just the white's version of a Monument. White overall doesn't need it as much as blue/black but we'll see if it gets used much.
Painful Lesson - I can see used for Ob but may have too much of a drawback.
Painted Bluffs - Pretty good for a common, I think it's better than a lot of Origins mana generators.
Pitiless Vizier - Not bad, I think you can probably combo it with some decent buffs and do a good amount of damage. I guess it's meant to be combo'ed with that Mythic minotaur.
Renewed Faith - Fantastic effect/cost ratio. I think it's a good card to include in a deck that can afford to put it inside of.
Rhona's Monument - With Green being Green, it probably needs this monument the least, but it's still decent.
Spidery Grasp - Not bad, this set's Mantle of Webs.
Stir The Sands - like Renewed Faith, great effect/cost ratio.
Supernatural Stamina - I can see some good uses for this if you combo it with certain cards.
Trial of Ambition - Why is my favorite Trial the one uncommon??
Unburden - I wonder if these are random two cards? Either way, not bad.
Violent Impact - Red will need a Demolish replacement, and I think this fits the job fairly well.
Wayward Servant - Although it won't be used in PvP, this would combo fantastically well with Oath of Lil/Graf Harvest.
Weaver of Currents - Pretty good Activate ability. Poor man's Cultivator's Caravan.
Winds of Rebuke - Solid bounce spell, I don't know how useful/hurtful its second ability will be until I see it in action.
Tagged:
1