Brigby ADMINISTRATORS Posts: 7,757 Site Admin
April 2017 edited April 2017 in MPQ News and Announcements
Hi Everyone,
The Power Gem Season will be adding Iron Fist (Danny Rand) and Hawkeye (Hawkguy) to packs, and Peggy Carter (Captain America) and Loki (Dark Reign) will be leaving packs.
There will be three characters receiving a character update this Versus Tournament Season:
For the next two weeks, the sell back prices for each of these characters will be updated. We will also be introducing a new Cover store that players can take advantage of if they choose to sell their version of Wolverine (Old Man Logan).
For more information on why we are updating Wolverine (Old Man Logan), please go here:
Message from Lead Designer on Character Updates (4/4/2017)
A preview of the changes are below:
Elektra (Unkillable) Update:
Double-Double Cross
The power now targets strike and attack tiles at power level three, and also targets protect tiles at power level 5. Converts stolen tiles into friendly Strike tiles.

Shadow Step
No Change
Ballet of Death
Trap tiles are created on Red, Black, or Purple tiles. The trap tile created by this power now steals Purple AP as well as damaging the enemy.

Carnage Rules
The power now costs eight Green AP (instead of eleven).
Wolverine (Old Man Logan) Update:
Living Legend
The strength of the Strike tiles has been made weaker (more so at lower levels of the power). 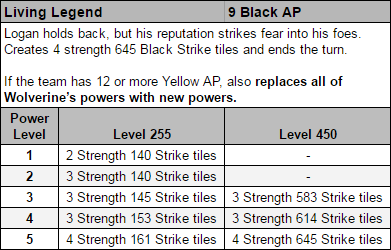 Die Hard
The healing is reduced and the power now only counts other allies when calculating how much health to restore. 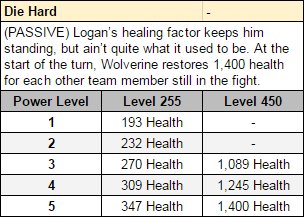 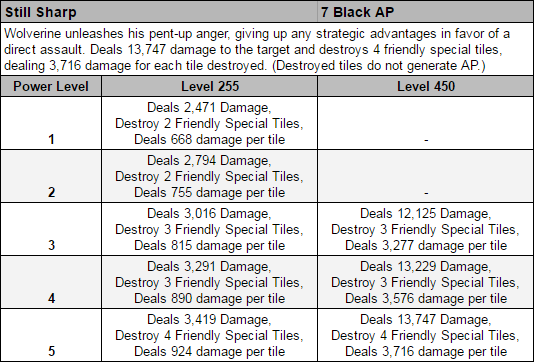 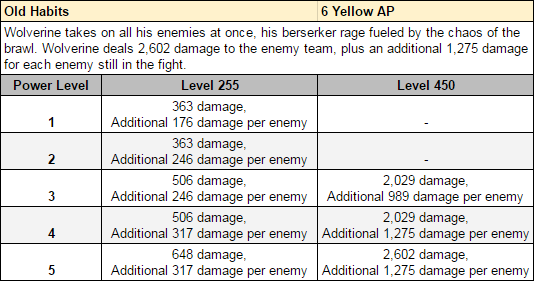 Finish the Fight
No Change

This is a special cover store that contains all 5-Stars except Wolverine (Old Man Logan). The sell back price for Wolverine (Old Man Logan) includes Iso-8 at an increased rate as well as tokens. You will get one No More Guns token at level 255.  You will receive an additional token at levels 287, 319, 367, 411, 427 and 439. Every two Champion levels will also give an additional token. These tokens are the only way to access this Cover store.

Tagged:
1
This discussion has been closed.