Brigby ADMINISTRATORS Posts: 7,757 Site Admin
January 2017 edited February 2018 in MPQ News and Announcements
With the upcoming Soul Gem Season, we will be updating the powers of Steve Rogers (First Avenger). Steve Rogers is a 5-Star hero that was released alongside 5-Star Iron Man in the special Civil War Boss Battle event. Our goal is to make Cap feel stronger overall and to have his powers represent a more team-oriented theme.

You can see the changes for yourself this Thursday when the Soul Gem Season begins. In the meantime, you can see a preview of his update below:

Earth’s Mightiest Heroes
The cost of the power is decreased by three, activation of the power no longer ends the turn, and the power activates instantly instead of creating Countdown tiles. The individual effects remained the same as before. 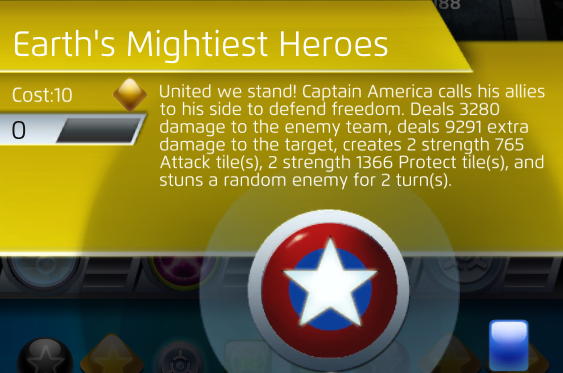 Shield Bash
The power will create a Countdown tile that gives the player AP in the team’s strongest color when it activates. For every additional Team Cap member on the team, the player will receive additional AP in that color. The cost of the power has been increased by two and the damage has been lowered. 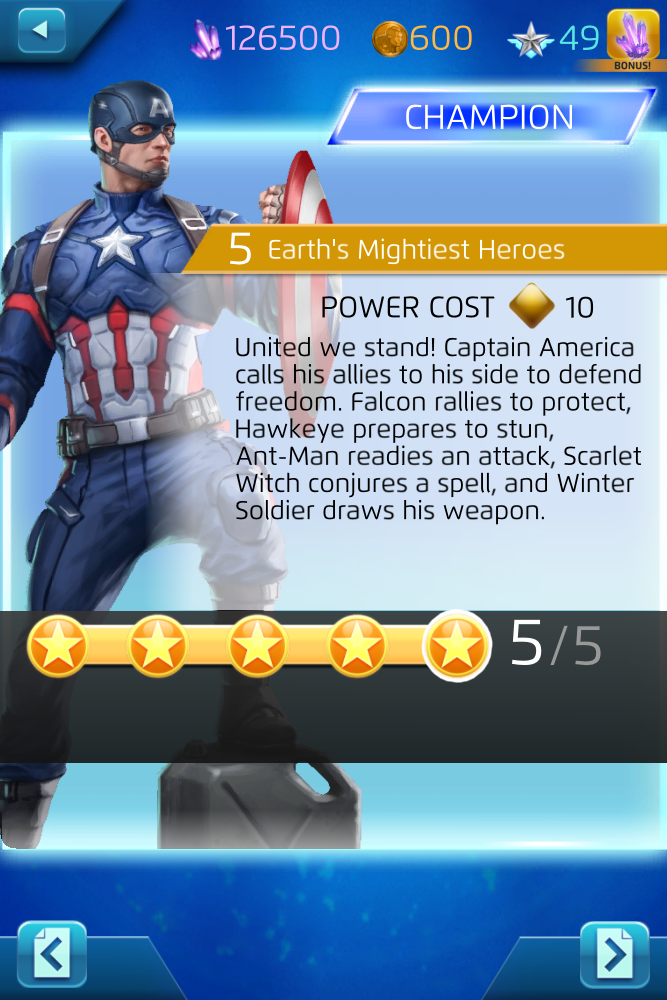 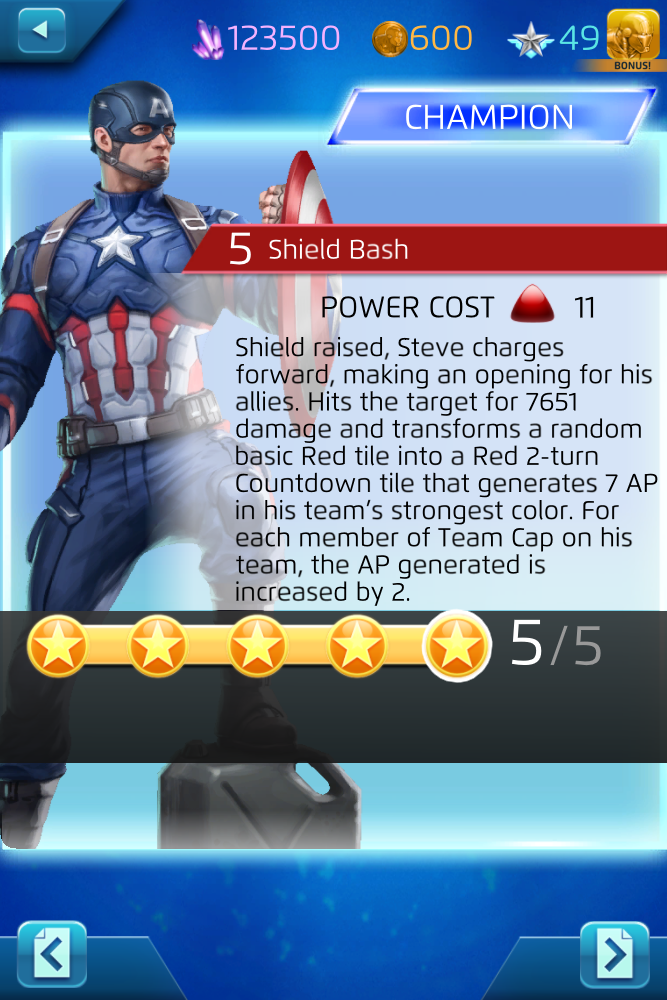 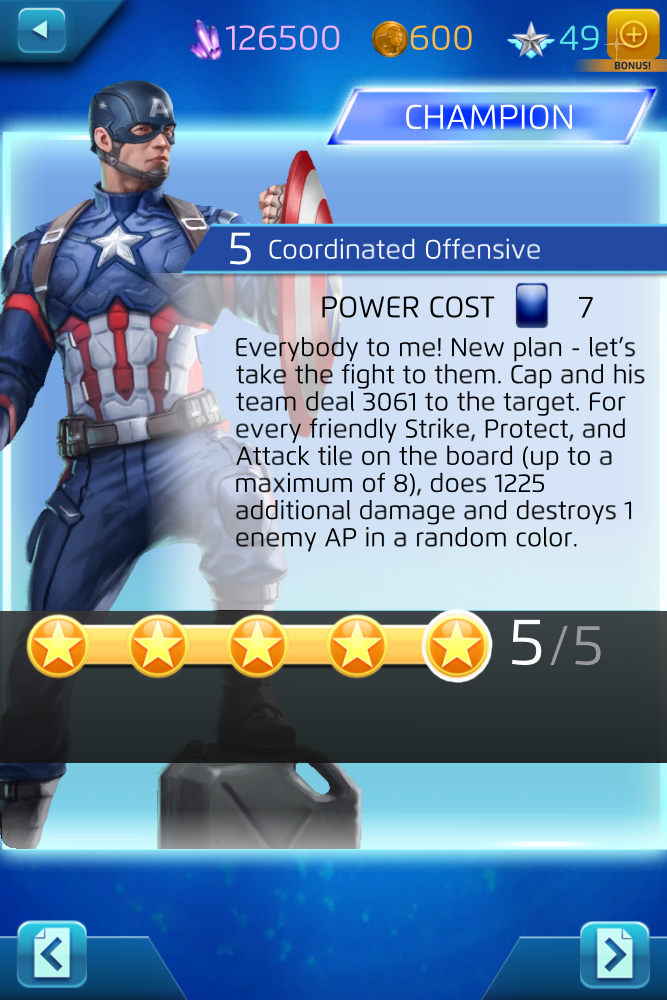