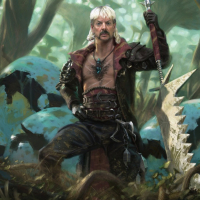 On the video attached you can see that when Lotus Petal is cast from the hand it works just fine, I used it to give Pyromancer's Goggles full mana. But once Starfield of Nyx returns it to the battlefield its effect never triggers again.

On the same video you can see that on at 0:49 Lotus Petal is on the first red gem in the left row, I match that red gem, Lotus petal is destroyed and the effect never triggers. On the next turn it is returned once again on the first green gem in the second row, that green gem is matched at 1:33 Lotus Petal is destroyed and its effect never trigers.

It's as if there was a cast condition on Lotus Petal because if the support is summoned by Starfield of Nyx the effect is gone.