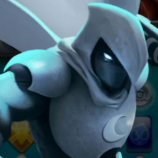 eddidit Posts: 85 Match Maker
November 2019 edited November 2019 in MPQ Bugs and Technical Issues
Just as the title says while fighting God Emperor Doom whenever they made a yellow match Carol's passive triggered I gained 4 red but the AI also gained the yellow AP from the match as well as blue, green, and black ap. I don't see any description to explain this.