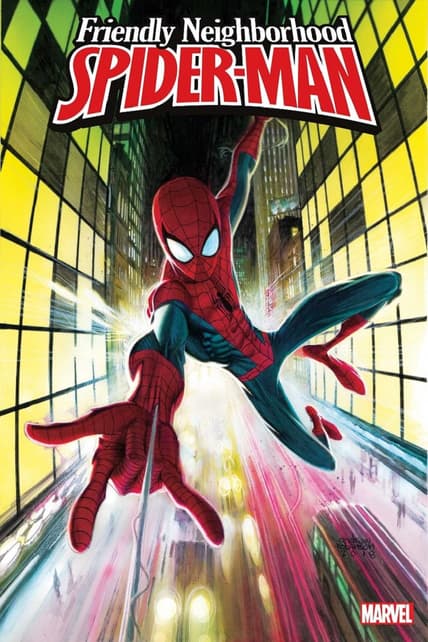 AP
Spidey out-maneuvers his opponent to land a well-aimed blow. Deals 97021 damage and converts all purple tiles into Critical tiles.

(PASSIVE) Whenever an enemy makes a Yellow match, stun the enemy team for 3 turns.

AP
Spider-Man dangles his opponent from a strong thread and kicks them away. Deals 465207 damage to the target and sends them Airborne for 1 turn.

(PASSIVE) Whenever an enemy returns from Airborne, Spider-Man deals 310139 damage to them; Then, if you have at least 4 Red AP, drains 4 of it to send that enemy Airborne for 1 turn.

(PASSIVE) When a Web tile is matched, stun a random enemy for 2 turns, ignoring Morale tiles and immunity, and create a Fortified Protect tile of Strength 210100.
0