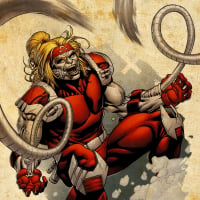 It seems we have fallen out of touch. It’s disheartening that we no longer speak. Have you still been receiving our funds?

You just seem so distant lately. We just want to know what’s going on with you. We’re worried about you. I understand we all have busy lives and other obligations but this relationship is starting to feel one sided.

I hope this this letter finds you well and in good spirits. I hope you will reach out old friend and talk to us again. We can be a little hard on you, we know that...maybe we can work on our communication too. Let’s talk about it.