archon of emeria not disabling cards in hand [Investigating]

stikxs Posts: 509 Critical Contributor
9 May 2022, 20:51 edited 10 May 2022, 12:16 in MtGPQ Bugs & Technical Issues
In this instance I had an Archon on the battlefield and a Dack Fayden and Chandra, Flamecaller in my hand with mana. After my match/cascade finished Dack was cast, and then Chandra should have been disabled, however it was not and also was cast. 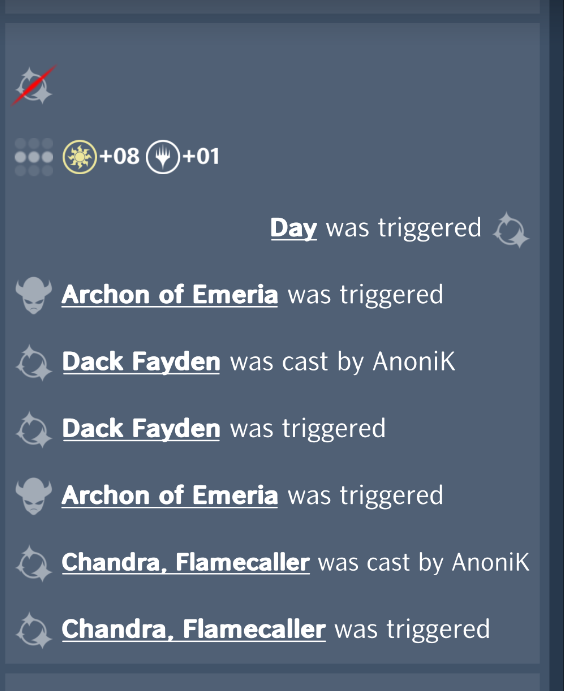 In the game before I had something similar, Archon was on the board, I cast Chandra and then it was followed by The Kami War. I got an extra swap as well and on my second gem match I had the Teferi, Hero of Dominara vanguard fill its mana but was correctly disabled by the Archon. Seems like maybe the 'disable cards' part isn't happening until the end of the gem match/card casting phase instead of right at the moment of card casting.
1