Abilities granted by supports "roll up" during combat [Investigating] 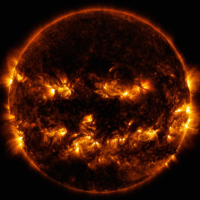 Anonymous2112 Posts: 18 Just Dropped In
4 April 2022, 20:00 edited 6 April 2022, 13:12 in MtGPQ Bugs & Technical Issues
I've observed this for a while now and thought it more of an annoyance than anything, at least up until the point where I lost a match due to this issue which ruined a perfect run.
Basically, the issue occurs during combat where abilities granted by supports - for example, double-strike, lifelink, and haste  - "roll up" to the next creature in line upon destruction of the prior creature.  For example, let's say that your opponent has three supports in play, one which grants double-strike, one which grants lifelink, and one which grants haste.  All three supports grant their abilities to only the first creature in play.  It's your opponent's turn and your opponent has 3 creatures in play - all three came into play this turn - and it's time for combat.  Also, for the sake of this example, let's say that after each creature is done with their attack, it's destroyed.
Anyway, combat will play out like this:
I realize that MtGPQ is an adaptation of the paper version and there's no concept of "first creature", but this just seems like an errant programming glitch.  Once attackers have been declared, that's it.  There isn't a "more attackers" phase.
Naturally, the next questions are probably "what cards were involved" and "how to reproduce".  To be honest, I don't think it really matters since all "your first creature" supports seem to have this "roll up" bug, at least based on my observations when the first creature is killed.  Since the conditions to reproduce are subject to your opponent casting the correct number of creatures and supports, it's going to extremely challenging to reproduce in-game.  I expect that the development environment has tools to better control and replicate conditions like this.
Please note that this isn't for supports that provide an ability to all creatures.  If that were the case - for example, all creatures gain haste on the turn they come into play - that would make total sense and I wouldn't be bothering with this post.
Thank you.
1