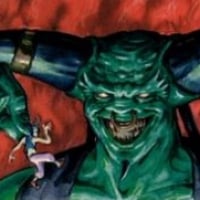 TheHunter Posts: 208 Tile Toppler
21 February 2022, 17:46 edited 8 March 2022, 13:10 in MtGPQ Bugs & Technical Issues
Some strange behaviour from Hixus just now in the ZE event.
I was playing PMAjani, and attacked with a Soldier token stack. The event support triggered by the attack, destroyed some gems, including greg's Hixus.
However after the attack phase, the Soldier stack became disabled, and then STAYED disabled for the rest of the match. You can see from the attached battle log that Hixus looks like it was triggered for a second time in some odd interaction with the event support, and after it was destroyed. Greg had Coalition Relic on the board, I had Rite of Harmony, and there were a handful of lifelink gems from Ajani's A1
Hixus.png 345.1K
0