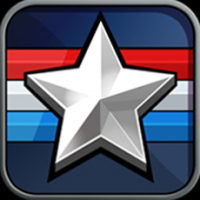 JCWest Posts: 10 Just Dropped In
23 January 2020, 01:30 edited 7 February 2020, 02:48 in GI Joe General Discussion
For "Buyout Box" events, it can be hard to decipher times of availability for certain event tasks, such as "Challenge" battles, "Conquest" battles, and "Campaign" battles. Here is the Intel on what I have gathered, so far:

Any Unit Damage - (Use your units; i.e., troops/soldiers from either Joe or Cobra factions used in
battle, alongside your Leader cards.)

Hope this helps, and good luck in the next event.
YO, JOE!!!
Tagged:
0
Sign In or Register to comment.